It was not until I read chapter 14 of IBM’s overview of the Maximo JSON API that it occurred to me that we could use the JSON API to launch an automation script in Maximo and then see the results in the return message. We can create our own APIs using the relative simplicity of an automation script and not have to write a single line of Java code. Truly powerful stuff!

The example provided in the article was also useful to me in that I was going through the process of loading data into Maximo when I came across the article. The script used in the article queries Maximo objects and reports back a record count. In my situation this was a very poignant and timely revelation.

The first step in this process is to create an automation script that we want Maximo to run. I took the script provided in the example and expanded the list of objects to suit my situation. Besides the additional objects I wanted a total count of records that were loaded which is the purpose of the “Get Total Count” section at the end of the script.

Navigate to the Automation Script application and select Create and then choose Script. 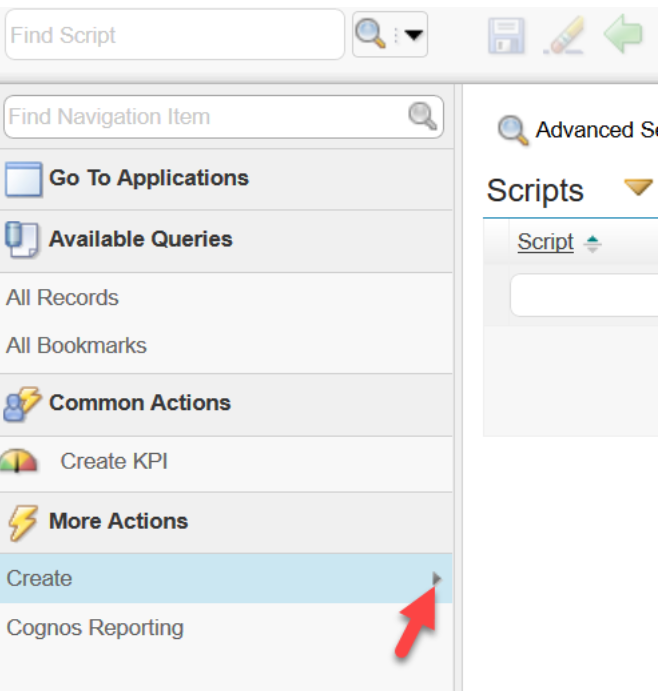 Since we are going to be launching this script from an HTTP call we just need to create the script and not provide a separate launch point.

Fill out the script Name, Description, Language and the Source Code from above. 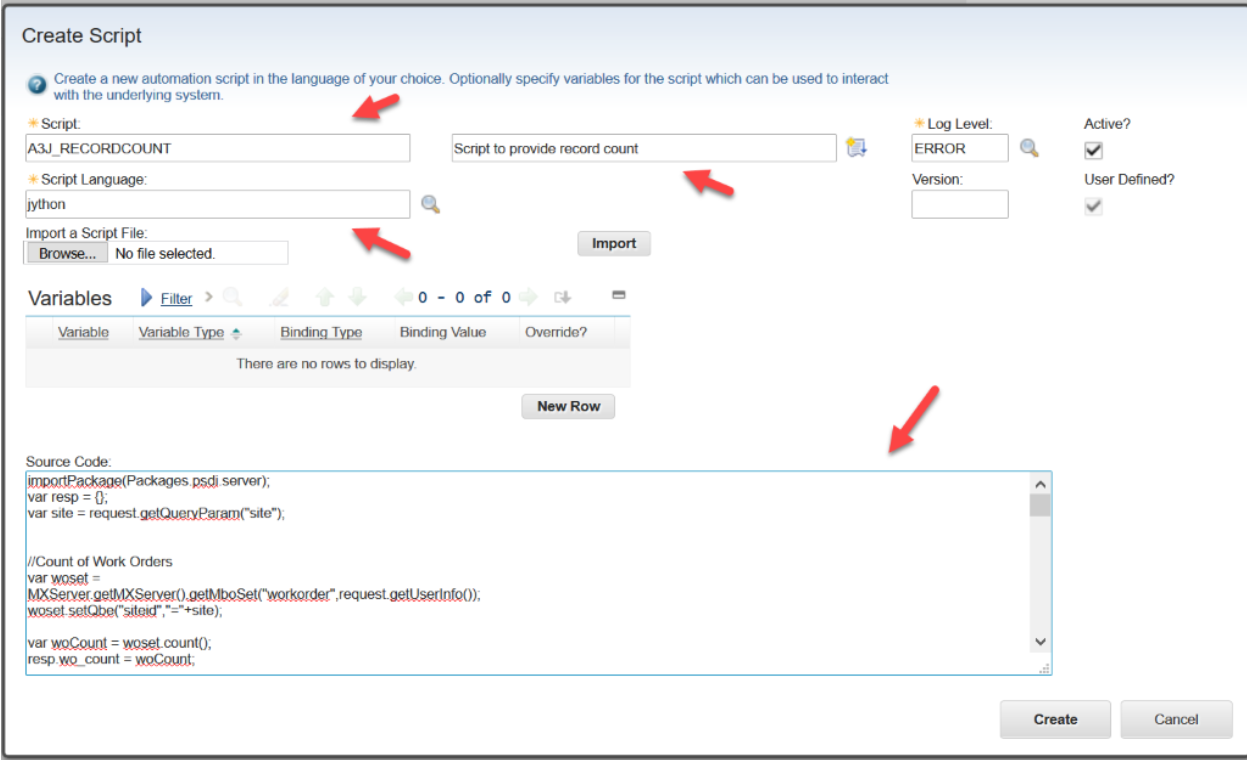 We need three pieces of information to complete a successful JSON API call: